Takayama Jinya is a restored government building dating back to the Edo period (江戸時代) .

A jin’ya (陣屋) – not to be confused with jinja (神社) – a shinto shrine – was the administrative headquarters of a small area or domain under the Tokugawa shogunate. A domain that is assessed to potentially generate 30,000 koku (石 – one koku is enough rice to feed one person for a year) or less is governed from an jin’ya, while bigger domains get a castle. Not only a headquarter, a jin’ya was the residence of the head of administration and also has a grain storehouse.

Takayama originally had a castle, that was completed in 1600 but was torn down in 1695. The Jin’ya was built in 1692 and effectively became the daikansho (代官所 – residence/office of administrator of the domain) replacing the castle. After the meiji Restoration (明治維新) the building became the Takayama branch office of Chikuma Prefecture (Which later become Gifu Prefecture). The building saw continuous use until 1969. And in 1996 the building was completely restored based on a drawing on 1830. 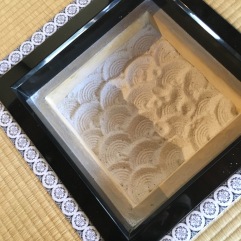 After it’s rebuilding, Takayama Jin’ya becomes a museum that houses various rooms that served offices, conference rooms, guest rooms, residential spaces and even an interrogation room. The large storehouse is right beside the main building. This building now showcases belongings and official documents of past feudal lords, old maps of Hida region and town plans.

Every morning there is a farmer’s market in front of Takayama Jin’ya.

Personal note from me, if you plan to visit Takayama Jinya on a cold season, make sure that you have your winter socks on. You are only allowed to wear socks inside the building and the tatami is pretty damn cold. To be honest, we kinda rushed through the building because we wore normal socks and couldn’t stand the cold on our feet.

How to get there from Takayama Station:

Takayama Jin’ya is located in the old town near Nakabashi Bridge and can be reached on foot in about ten minutes.

If you’re not up for a walk, you can take the Machinami bus for ¥100 at the Takayama Nohi Bus Terminal (just beside Takayama Train Station). It is a 26 minutes bus ride as the bus goes around Takayama and you want to stop at bus stop M23 – Takayama Historical Government Office