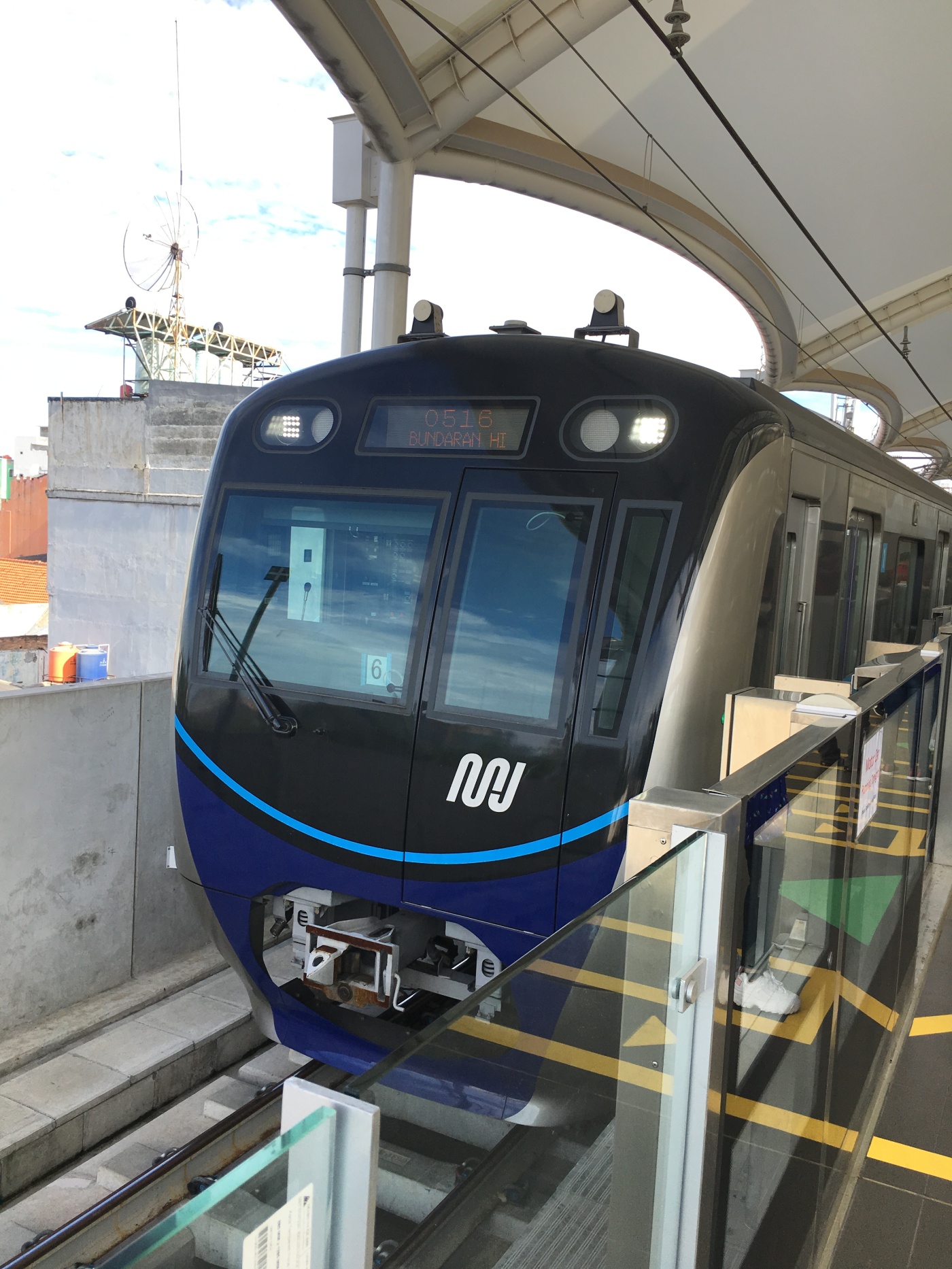 Jakarta is about to have its Mass Rapid Transit (MRT) system online and the public is given a chance to give the system a go between 12 and 24 March 2019. So yesterday, we went out to give it a go.

A background on the Jakarta MRT. So basically an MRT is a type of high capacity public transport, usually electric railways with either an elevated railway or an underground section that gives it an exclusive right of way (and no level crossings). The plan is to have two lines, M1 North-South line and M2 East-West line.

M1 line as the North-South line is supposed to go from Jakarta Kota as it’s northern terminus and Lebak Bulus as it’s southern terminus. However, the first phase of the project only goes as far as Bundaran HI, making it the current terminus until the completion of phase two sometime in 2024 or 2025. The construction work of phase one started on October 2013 and expected to be fully opened to public by the end of March 2019. The 15,7 km stretch can be covered in less than 30 minutes.

M2 line as the East-West line is intended to connect Ujung Menteng, near Bekasi and Kembangan, near Tangerang. The M2 line will intersect the M1 line at Sarinah Station

The trains are built by Nippon Sharyo, Japan. The company has a long record of building trains including the 500 series, 700 series, N700 series and JR East E2 series Shikansen,  various other types of trains, including the ancient electric trains running in Jakarta pre Commuterline era. The train runs on a narrow gauge (1,067 mm) with 6 cars on a single train set capable of running up to 100km/h. These trains are dubbed Ratangga by the administration. It is said that the name came from Kakawin Sutasoma, an ancient Javanese poem and it translates to a chariot of war.

The free trial allows the public to ride the whole phase one stretch from Bundaran HI to Lebak Bulus or the other way around from 8 in the morning to 4 in the afternoon. To be able to go on the free trial, you need to reserve at least one day before, decide the departure station and the destination. We decided to go take the whole stretch from Bundaran HI to Lebak Bulus. 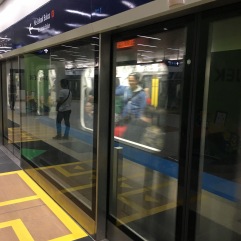 Due to some other stuffs that we were doing we started our trial quite late in the day and decided to go to Dukuh Atas station instead. Dukuh Atas station is one of the underground stations. It could be considered as one of the transit stations as its exits are located near Sudirman Commuterline station and Sudirman Airport train station. We scanned our e-tickets (only for the trial runs) and got on the platform. The platform is quite spacious, however we felt that:

The trains have a 10 minute intervals. And unlike the usual commuter trains in Jakarta, the trains stop on the same exact location (like in Japan where each does so). Our handsome war chariot came on time and we hopped on to see the inside 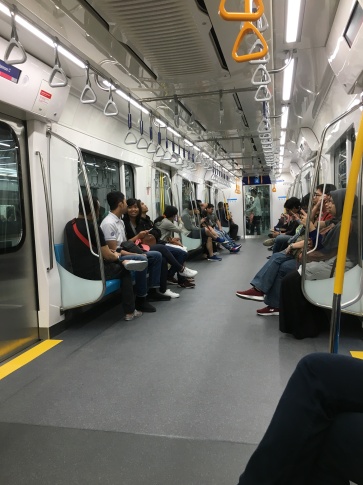 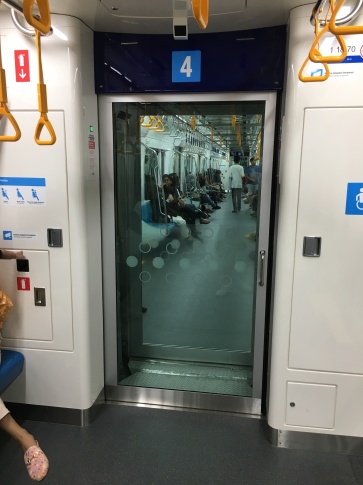 The interior is spacious (because it’s empty), there’s a big free space for wheel chair users in front of the priority seat, and a glass door that separates the train cars. The first thing that caught me is the door chime when the doors are about to close, just what we hear in JR Yamanote line.

The train features an information screen right above the doors that tells you the next station and as it is about to enter the station, it will show you the location of stairs and elevators relative to the car that you’re in.

After we left Senayan station, the train ascended to the elevated section of the route. We heard gasps from the people in our car. 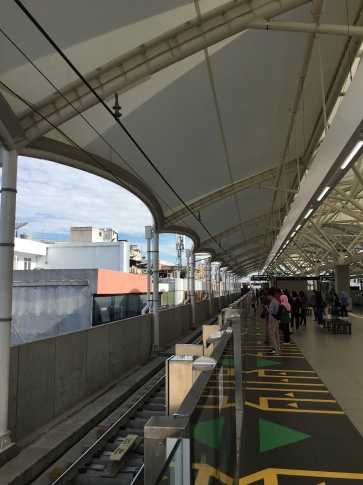 Unfortunately we had to cut short our ride only up to Blok M station because if we went all the way to Lebak Bulus, we would miss the last MRT back to Dukuh Atas (last train to Dukuh atas is at 15:30). So we caught the last train bound for Dukuh Atas.

If you’re up for a free trial, there’s still a week left (up to 24 March 2019) on the free trial, you can get your free tickets from http://www.ayocobamrtj.com/